Dr. Bright received her doctorate in Clinical Psychology in 1983 and her certification in Psychoanalysis in 1984.  She is a senior Supervising and Training Analyst at the Institute.  At PSP, Dr. Bright taught Maturation and Development for 10 years. She also served on the Board of Directors for several years.  Dr. Bright has been a psychologist and psychoanalyst in Private Practice for 35 years.  She is also an Executive Development Consultant, where she uses the principals of psychoanalysis in her work.

Lisa Correale, LCSW, NCPsyA is a Certified Psychoanalyst and Clinical Supervisor in the National Association for the Advancement of Psychoanalysis. Ms. Correale is Executive Director, and a Supervising and Training Analyst of PSP. She received her master’s degree from Rutgers University, and psychoanalytic certification from the Institute for Modern Psychoanalysis, New York, NY. She is currently a faculty member of PSP, facilitating the Case Presentation Seminar series. She has been a member of PSP’s Board of Directors since 2012. 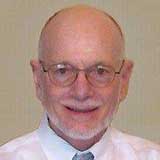 Wally Fletcher, D Min, NCPsyA , has extensive training and experience as a therapist, organizational consultant, educator and non-profit executive. He is a Certified Psychoanalyst and Clinical Supervisor in the National Association for the Advancement of Psychoanalysis and a board commissioner and ACPE Psychotherapist of The Association for Clinical Pastoral Education. He teaches graduate (MS) courses in Business and Organizational Leadership at Neumann University, and courses in the history and evolution of psychoanalysis at the Philadelphia School of Psychoanalysis. He serves on the Philadelphia Department of Behavioral Health’s Faith and Spiritual Affairs Advisory Board. He is also on the mental health faculty of CREDO, an intensive wellness program for clergy administered by the Pension Boards of the Episcopal and Presbyterian Churches US. David Glickman, LPC (PA), LPCC (NM), NCPsyA is a Licensed Professional Counselor and a Certified Psychoanalyst.  He trained at PSP and earned his certification in 2014.  He co-authored “An Immersion in Psychoanalytic Technique for Early-Career Clinicians” with Stephen Day Ellis, PhD, which was published in “Modern Psychoanalysis” in 2012.  He holds a BA in English and Creative Writing from the University of Pennsylvania and a MS in Clinical and Counseling Psychology from Chestnut Hill College.  He is in private practice in Albuquerque, New Mexico and is available for Telehealth sessions as a Training Analyst.  With more than two decades of sobriety, he is interested in the intersection of Modern Psychoanalysis and Twelve-Step Recovery. Dr. Grigson is a Certified Psychoanalyst and Clinical Supervisor in the National Association for the Advancement of Psychoanalysis and Senior Training Analyst and Clinical Supervisor for PSP. Her previous work includes Director of Nursing Education, Haverford State Hospital, Haverford, PA; Supervisor of a Partial Hospital in Glenolden PA. for treatment of The Seriously and Persistently Mentally Ill; and Devereux Foundation, where she worked with children and adolescents with serious Mentally Ill. Previously, she served on the Board of Directors for The Spirit of Gheel, Inc. Dr. Grigson obtained her degree from the Union Graduate School. She has served on PSP’s Board of Directors for the past 5 years. She maintains a private practice in West Bradford, PA. Linda L. Guerra, PhD, NCPsyA, is a licensed psychologist and certified psychoanalyst in Bala Cynwyd, Pennsylvania. She has been in private practice for over thirty years, conducting individual, group, and couples psychotherapy with adults in the Philadelphia, Pennsylvania area. In addition, Dr. Guerra is a qualified training analyst and supervisor who has taught numerous workshops on topics such as clinical writing, the psychological treatment of breast cancer survivors, improving communication in the workplace and coping with major loss. Marie Hartke, MSEd, NCPsyA , is a Certified Psychoanalyst and Clinical Supervisor in the National Association for the Advancement of Psychoanalysis and Senior Training Analyst and Clinical Supervisor for PSP. She is currently a Faculty Member of PSP and had been an Adjunct Faculty Member at Cabrini College for 19 years where she taught Developmental Psychology. She received her degrees from Chestnut Hill College and Temple University. Ms. Hartke has served on PSP’s Board since 1991. Cristiane Muraro Irey, Psy.D., NCPsyA, is a Clinical Psychologist and a Certified Psychoanalyst. Her Master’s Degree is in Developmental Psychology. She has been working with patients and teaching for more than 20 years. She has been with Philadelphia School of Psychoanalysis since 2010, and she has also worked at the Philadelphia Consultation Center as a Clinician. She is currently a Faculty Member of PSP and an Adjunct Faculty for Immaculata University. She has her own private practice working with adults and adolescents with a wide range of disorders. Amanda Lenox, M.S., LMHC, NCPsyA, is a graduate of The Philadelphia School of Psychoanalysis (PSP), Philadelphia, PA. Additional training includes coursework and supervision from the Psychoanalytic Psychotherapy Study Center, New York, NY. She is fully in private practice in New York with a waiver to treat Florida residents via telehealth. She holds an emergency license in New Jersey during COVID. Amanda is past Chair of The Arts and Culture Committee at PSP. She currently presides as Chair of The Analysts in Training Committee at the National Association for the Advancement in Psychoanalysis (NAAP). Additionally, Amanda sits as a board member at the American Board for Accreditation in Psychoanalysis (ABAP). At ABAP, she Chairs the Public Relations Task Force. She is a consultant for Dance Magazine’s mental health and wellness publications, and a Gradiva recipient. Jenina Lepard, LICSW, BCD, NCPsyA, has been in practice as a clinical social worker/psychoanalyst since 1992. She is licensed in Nebraska as an Independent Clinical Social Worker. She holds a Board-Certified Diplomate from the American Board of Examiners in Clinical Social Work, and she is certified as a psychoanalyst by the National Association for the Advancement of Psychoanalysis. Jenina holds an MSW degree from Rutgers University School of Social Work and she is a graduate of the Philadelphia School of Psychoanalysis. Jenina has a special interest in working with people from diverse ethnic backgrounds, and she is experienced in working with couples and families as well as individuals of all ages.

William Lorman, JD, PhD, MSN, PMHNP-BC, CARN-AP, NCPsyA completed his doctoral studies in applied psychology. He is also certified as a psychoanalyst, modern Freudian. He is a board-certified psychiatric nurse practitioner and certified as an advanced practice addictions specialist. He is an assistant professor at Drexel University where he teaches in the graduate nursing program. He maintains a private practice where he works with adults and treats a full range of psychiatric disorders – mild depression to severe psychosis, and he specializes in addiction psychiatry. He utilizes a psychoanalytic-medical model and provides services that include individual and group psychotherapy, psychiatric evaluations and medication management. In addition to his academic and clinical experience, Dr. Lorman has presented seminars on various mental health topics nationally and internationally, has written multiple articles and textbook chapters and is a management and clinical consultant to several major corporations where he provides therapeutic and group facilitation services. He has completed a Juris Doctor degree and consults in the areas of medical malpractice, administrative and employment law.

Frank Malone, Psy.D., NCPsyA, LP, LPC, LMHC, is in Private Practice in West Chester, Pennsylvania & globally via telehealth/telesupervision. He is a Supervising and Training Psychoanalyst at the Philadelphia School of Psychoanalysis, as well as Training Psychoanalyst at the Boston Graduate School of Psychoanalysis. Dr. Malone is a Faculty & Clinical Supervisor with the China American Psychoanalytic Alliance. In addition, he is Chair, Epidemiological Study and Environmental Contaminant Surveillance Subcommittee, Childhood Lead Poisoning Advisory Committee, State of Delaware (Gubernatorial Appointment).

Douglas Neill, LPC, NCPsyA, is a Certified Psychoanalyst and a Licensed Professional Counselor.  His private practice is located in Kennett Square, Pa.  He has worked extensively with the elderly population, and at his private practice he treats adult individuals and couples.  He supervises students at PSP who are seeking certification in psychoanalysis.  He also provides supervision for those who seek licensure in Pennsylvania for the LPC credential.

Angela Sandone-Barr, Ph.D., NCPsyA, is a Certified Psychoanalyst and Clinical Supervisor in the National Association for the Advancement of Psychoanalysis. Her analytic training was at the Philadelphia School of Psychoanalysis and the Institute for Modern Psychoanalysis in New York City. Dr. Sandone-Barr is a former faculty member of PSP and was the Director of Clinical Services at the Philadelphia Consultation Center for 16 years. She was also a member of the faculty in the Master’s of Counseling program at the University of Pennsylvania for 6 years. She is in private practice in Philadelphia and New Jersey, and is a Training Analyst and Supervisor at PSP, specializing in Modern Psychoanalytic theory and techniques. As well, she is a training analyst at ACAP, in Livingston, New Jersey.

Linda K. Sayers, Ph.D. LPC, NCPsyA, is a licensed counselor and a certified psychoanalyst in private practice in NJ.  Dr. Sayers has been in practice over 40 years serving the general public as well as providing training and supervision for clinicians.  Recently, she has been assisting with critical incident stress debriefing for the Brigantine Beach Patrol.

Dr. Sayers has been a past member of the Board of Directors, Vice President, Curriculum and Standards Director, faculty member and a Senior Training and Supervising Analyst at the Philadelphia School of Psychoanalysis.

Dr. Sayers has been an educator who has taught a wide range of courses for over 50 years and has presented at numerous conferences.  She has recently retired from her last position as an Adjunct Professor of Psychology at Stockton University. She currently plans to continue teaching at the Philadelphia School of Psychoanalysis.

In addition to teaching and clinical work, she has written many professional articles primarily focusing on Object Relations theory and practice. Farrell Silverberg, Ph.D., NCPsyA, is a psychologist, PSP training and supervising psychoanalyst), and the first Westerner to be trained in Taopsychotherapy in Korea. His paper “The Interspace: Evolving Psychoanalytic Metatheory,” advances intersubjective-relational theory by envisioning an overarching and interconnecting additional dimension of human experience. Silverberg’s theoretical paper with clinical significance won the prestigious 2021 Gradiva Award from NAAP for best article (copies of this paper are available upon request). Silverberg is a believer in the mentoring model of cultivating professional and overall psychoanalytic life development. He was the first graduate of Dr. Gerald Lucas’ Institute for Modern Psychoanalysis in New York and identifies as “a post-Modern and beyond-Relational” psychoanalyst. After studying the compassionate element of psychotherapy in Asia, Silverberg became the originator of differentiating deeply resonant and sincerely felt “inhabited” joining. Some of his previous papers on the combined technique are: Therapeutic Resonance, Working with Resistance, The Tao of Self Psychology, and Resonance and Exchange’ (copies are available upon request). Silverberg is a past-President of the International Forum for Psychoanalytic Education (IFPE), and his 2005 book, Make the Leap, distills psychoanalytic concepts into accessible language for the lay public. Barbara Smith, Ph.D., NCPsyA, has a private practice in Philadelphia. She is the former President and faculty member at the Philadelphia School of Psychoanalysis, and currently serves on their Board of Directors. She is a Senior Training and Supervising Analyst at the Institute. She is co-founder of Clinical Practice Enrichment Series: an APA Co-Founder of the Clinical Practice Enrichment Series, which offers continuing education workshops for Mental Health Professionals in Philadelphia, New York and the Pacific Northwest. She was a past faculty member of The Curtis Institute of Music. Over the years Dr. Smith has been a guest lecturer at local training institutes, and presented workshops for CPES and mental health agencies in the tri-state area. Ellen Wright, Ph.D., NCPsyA, is a licensed Psychologist and Certified Psychoanalyst in private practice in Philadelphia. Dr. Wright pioneered the development of group techniques for patients with physical illnesses and expanded the scope of psychotherapy to previously therapeutically resistant populations. Dr. Wright is a founder and faculty member at the Center for Group Studies in New York City and a Senior Supervising and Training Analyst at the Philadelphia School of Psychoanalysis. A dynamic and engaging instructor and supervisor, Dr. Wright has lectured nationally and internationally and authored papers on innovative applications of psychoanalytic techniques.

Find us on Google maps